Home > Blog > What is Web 3.0, and why is it expected to become the future of the internet?

What is Web 3.0, and why is it expected to become the future of the internet?

Can you imagine your life today without the internet? Of course, we are not talking about any social experiments when people try to live without social networks for a week or month. But, can you imagine our modern society without the internet? It is simply impossible. If the internet disappears, many spheres of our life (if not all) could be put on pause. The internet is applied everywhere. Practically, all social and business processes are based on it. But have you ever thought about how the internet evolves? Is the modern internet similar to what we had 20 years ago? And the main question is: what internet will we have in the future? That’s what we are going to tell you in this article. Web3 technology is believed to be the next stage of internet development. However, at the current moment, it is still impossible to predict when this new era will begin and whether we are ready for it.

Before we analyze this concept’s strong and weak sides, let’s pay attention to the essential things and start with a web 3.0 definition.

It can be explained as the next generation of the internet, where the interconnection of data is built in a decentralized way. The new internet is expected to become more intelligent and autonomous compared to what we have now. The original name for web 3.0 was the Semantic Web, as new web systems are said to process data in a human-like way. It will be possible thanks to the implementation of such technologies as Big Data, ML (machine learning), AI (artificial intelligence), DLT (decentralized ledger technology), and others.

But what is web 3.0 meaning for users? All services and websites will exist across computer networks that will be fully decentralized. In such conditions, user data will be validated on the blockchain. There won’t be any corporations that will own the data. It means that, ideally, websites and apps will belong to those people who use them. And consequently, users, not corporations (and even not web 3.0 companies), will govern and control web systems. Is it possible? Theoretically, yes. Will it happen? Let’s wait and see.

What are the main differences between Web 3.0 and the previous generations of the internet?

Web 1.0, the first generation of the internet, was an online library where you could read articles, download films, text files, and music. Their owners and web developers created all the sites in the Web 1.0 eras. The content was managed in a centralized manner. The availability of content was limited by the desire/readiness of site owners to share it with others.

Almost 20 years ago, in 2003, the internet started a new page of its history. The new era known as Web 2.0 began (actually, that’s the internet that we have today). One of the main differences from the first generation that we should distinguish was the introduction of the first social networks. That’s when not only site owners and web developers got the possibility to publish any content. Now all users are allowed to share the content of different types with others.

However, it is still too early to talk about total freedom. There is still an apparent centralization that restricts users. Website owners can quickly ban some content if it doesn’t meet any requirements or violates the set rules.

But these restrictions apply not only to censorship on social media. Even search engines and eCommerce marketplaces can “promote” some particular pages or goods and introduce various barriers for private companies and users trying to achieve a wider audience.

There are a lot of issues with data privacy. For example, to get access to various services, users need to verify their personality by providing sensitive data stored on content platforms. Today, it is somewhat risky to share this information. However, in decentralized systems, there are no such risks.

The internet today is centralized and monopolized. Such giants as Google, Amazon, Apple, Microsoft and Meta (previously known as Facebook) set the game’s rules and get profits.

And it is believed that Web 3.0 will be able to change the situation.

Web3 has a blockchain-powered nature that ensures long-awaited decentralization.

Moreover, thanks to the capacities of the blockchain, it will become possible to avoid content duplication, and content creators will be compensated for their effort and time. However, blockchain is still a comparatively new notion for an average user, and there are some doubts whether it will be massively adopted shortly.

But what will its introduction change in the internet architecture? If websites are now kept on separate servers belonging to specific individuals or companies, in Web 3.0 services, apps and sites will exist on nodes (on users’ devices). As a result, there won’t be any particular “centers” that will govern the net.

Web 3.0 and Defi: The future of finance?

The internet is gradually moving towards blockchain, and speaking about Web 3.0, we can’t but mention its role in developing decentralized finance (DeFi). The concept of decentralized finance is very close to the decentralized internet. And the main idea is that no governmental or financial institutions can control or block transactions. DeFi aims to provide all people on our planet with access to financial services.

One of the most well-known open-source blockchains with smart contract functionality is Ethereum. Its Web 3.0 ecosystem that unites DeFi, NFT, blockchain gaming spaces is actively growing. At the end of 2021, over 3.4 million Ethereum addresses interact with the DeFi protocol.

Moreover, as we’ve already mentioned, in Web3, content creators will be rewarded for their work, and cryptocurrencies will facilitate many transactions. Among the most popular Web 3 coins that exist already today, we can mention Chainlink, Filecoin, Theta, BitTorrent, The Graph.

DApps: What should you know about them?

Decentralized apps (or DApps) are expected to become core elements of Web 3.0. Let’s turn to the following example to understand better what makes them different from traditional apps. Today, you open an application on your device and see a user interface (client-side). You will use it to add your data and send it to a server. All interactions with the app take place under full control executed by a server (and an owner of the app).

The server is located not on a particular computer but the blockchain network stored on nodes within decentralized systems. Therefore, their number is not limited, and they can be based in all corners of the world.

All the provided data is copied and kept on all the network nodes. And there is no possibility to manipulate them. For sharing the computing power of their devices, users can also get digital tokens as a reward.

As for Web 3.0 today, it is crucial to understand that it is just a concept that can be introduced into life or not. And even if one day the way for its full-scale introduction starts, it won’t be challenge-free.

What challenges for Web3 adoption can we name already now?

But there is one more point that we should highlight. As well as any new concept, Web 3.0 technologies face a lot of criticism. Remember what happened to Giordano Bruno, who insisted that our Earth moves around the Sun and the universe is infinite. We are sure (at least we strongly believe) that nobody will be burned for their support of Web3. However, the proponents of the new internet need to be prepared to defend their position and prove that the internet of the future really would be decentralized and won’t be controlled by some “center.”

And if you think that only old believers and conservatives can doubt the capacities of the internet to go out of control and belong to users, you are wrong.

The Twitter founder (and its ex CEO), the CEO of Block, and a huge crypto and blockchain fan, Jack Dorsey, are not excited about Web3 technology and Web 3.0 companies. He says that users won’t own the internet (though the concept promises it). Instead, he insists that large venture capital firms invested billions of dollars in the industry will control the web.

And, despite all the benefits offered by Web 3.0, there is something to think about. Yes, maybe the internet won’t bring profits to such Web 2.0 giants as Amazon, Alphabet, or Microsoft, but somebody else will receive the profits. And it is highly doubtful that it will be only users.

We will help you. We can bring all your boldest ideas to life with our modern tech stack and seasoned developers!

Get a consultation right now!

As with any new theory, concept, or approach, Web 3.0 has faced (and will face) some criticism. And that’s quite natural. Though the idea is believed to bring many benefits, nobody knows where all users will be ready to adopt web 3.0 technologies shortly.

It doesn’t seem realistic that the shift to Web3 will occur immediately. However, we will likely observe a combination of Web 2.0 and Web 3.0. that will co-exist.

At Geomotiv, we do our best to stay tuned with all the latest updates in the world of technologies to build the most innovative apps. If you have any ideas, contact us, and we will help transform them into actual software products.

IT Automation,
Software Development,
Trends
Top 10 Technology Trends in 2022: What IT Solutions Will Dominate the Market in the Near Future?

When forming the best eCommerce team structure, it is necessary to ensure the...

The global Big Data market is growing year by year. Learn more about...

eCommerce
eCommerce Aggregator: What is it and How to Develop it?

An eCommerce aggregator is a website or application that aggregates (hence the name)....

eCommerce
Top Trends in the Retail Industry in 2023

Retailers need some strategic decisions about what to focus on shortly not to... 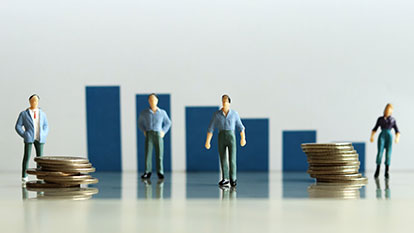 What’s the hourly rate for a software developer in the USA? Here’s how...