Angular is one of the most popular open-source frameworks widely applied in web solution development and can also be used for building mobile applications. The framework is based on the TypeScript programming language, which is not the easiest but provides many benefits to developers who have learned it. The popularity of Angular keeps growing these days, as well as the demand for seasoned programmers who work with this framework. That’s why it is not surprising at all that today many companies face the necessity to hire an Angular developer (or a team of such experts).

If you are one of those considering such an option but have little understanding of what you should do and the key points to pay attention to, our article will help you. Just keep reading, and you will find answers to the question that you may have about hiring Angular developers.

How popular are Angular developers?

As we’ve told in one of our previously published articles about Angular development (by the way, you can read it here). This is the 4th most popular framework for software development worldwide after React.js, JQuery, and Express. Its share is around 22%.

Everything you need to know about Angular develoment 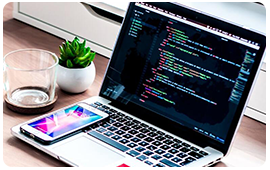 Here you’ll learn the peculiarities of Angular web development, the benefits of this framework, and the cases when it will be sensible to choose it. Sounds interesting?

26% of 13,000 developers who participated in the survey organized by the analysts at Stack Overflow in 2021 admitted that they prefer the Angular framework for web development projects.

Angular is perfect for progressive web apps (PWAs) and single-page apps (SPAs) complex. But also, it is the best variant for software products where data security has crucial importance, which means that businesses often opt for it for their enterprise solutions. And given the role of high-quality software for enterprises, it is quite explicable why today we can observe the interest from many companies in hiring Angular developers.

If we start googling vacancies for Angular developers, we will see that the number of open positions is quite impressive. On Jooble, over 15K professionals with relevant skills worldwide and around 87K positions are published on LinkedIn. As for the well-known Github community, more than 2.3 million specialists use this framework.

What does an Angular developer do?

Let’s suppose that you’ve decided that you need Angular skills for your project. Okay. But are you sure you fully realize what tasks can be fulfilled on the project if you hire an Angular developer?

Angular developers work with the client-side of apps. They are responsible for building UI services for web apps and pages. Moreover, they create modules and components and then ensure connections between them to develop a final developer's product.

Open some job descriptions for Angular developers. You can find the following points there:

There also can be such responsibilities as close communication with other team members but let’s admit that when we are talking about modern approaches to software development and, especially Agile software development, it is impossible to imagine the full isolation of developers from other specialists who work on the project. So, it means that this task is quite obvious and applicable to all developers.

In general, Angular developers should have strong knowledge of theoretical concepts of programming and coding, including OOP (Object Oriented Programming), as Typescript is based on this approach. Knowing the core of HTML and CSS will also be of great use. Experience in working with  RESTful APIs will also be a great plus.

Given the specific tasks of these programmers, we should highlight that they should have a very good understanding of UI/UX and SEO principles.

Also, such specialists should be excellent problem-solvers who can detect issues and offer solutions for them fully on their own.

Based on the skills and experience, there are three levels of expertise for Angular developers (like in the cases with other software engineers): junior, middle and senior.

As mentioned above, the Angular framework is widely used for building complex enterprise solutions and web applications. And many prominent companies, like Google, Microsoft, Upwork, PayPal, Santander, IBM, and others, use software built with this framework.

But what companies are looking for such talents? For example, now there are open positions for developers at Google, Amazon, JPMorgan Chase, Charles Schwab, and other worldwide-known companies.

Where can you hire Angular app developers?

When you are looking for developers with any skills, there are usually three main options for you. These options are:

Without any doubt, all these variants have their pluses and minuses, and each of these variants will be the best one in each particular situation. But your task is to understand which one is the most suitable for you.

Let’s have a look at them.

It can be a good idea if you already have a software development team and do not mind expanding it. But you should understand that this option is good only if you seek long-term communication. Hiring a dedicated Angular developer or a freelancer will be better if you need different skills for a shorter period.

First of all, we need to ensure that you fully understand the concept of the dedicated team model. To hire such a team, you need to establish cooperation with an outsourcing company, share your requirements, and your partner will build a team that will function as a separate unit but fully focus on your project. At the same time, developers will work in a full-time regime and will report directly to you.

If you want us to explain it as simply as possible, we can say that within a particular project, it will be your team, but you do not need to care about hiring and administrative procedures. You do not need to think about onboarding and other related tasks. All these things will be the responsibility of your outsourcing partner.

At Geomotiv, we work exactly in such a way. Our clients provide us with their requirements, and we do all the rest. And as a result, they can hire dedicated Angular developers without any specific efforts from their side.

You can read more about dedicated teams in one of the blog posts prepared by our team.

Onboarding of in-house programmers is not the only viable option. What about hiring dedicated Angular developers who will be fully focused on your project? We are ready to help you.

There is one more option that is somewhere in-between the two ones as mentioned above. You can work with freelancers if you do not want to hire in-house specialists, and the dedicated team model won’t be comfortable for you. In this situation, you also get access to a global pool of talents. Still, the search process is now fully your responsibility and the management of all the organizational moments.

We recommend you consider this cooperation model with developers for some small projects only.

So, as you can see, all these options have their advantages and disadvantages. You must fully analyze your case to make the right choice.

These are just a couple of questions that you can ask yourself.

With all the factors in mind, we can say that hiring dedicated Angular developers can be viewed here as a golden middle: there are no issues related to onboarding, and at the same time, you get a team who stays focused on your project.

When our clients come to us with a request to provide them with dedicated developers, we always carefully analyze all the shared requirements to choose the talents who will best fit the client’s project. We know how crucial it is not to spend time on hiring routine and focus on core business instead.

If you are planning to hire Angular app developers, contact us! Tell us about your project, and we will find the best experts for you! We are here to support your business growth.

Angular,
Node.JS
Reasons to Choose MEAN Stack Development for Your Next Project

MEAN stack is a smart option for software development today. But why? Read...

Angular
Everything You Need to Know about Angular Development

In this blog post, we are going to explain the peculiarities of Angular...

Choosing the right tech stack for web development is one of the crucial...

DevOps
Why You Should Hire DevOps Developers for Your Project

DevOps has proven to be one of the most efficient and feasible approaches...

Want to hire a Python programmer? Read our article to learn more about...

Need to hire a developer for the project? Read our guide on hiring...