What is a software container? As its glass fellow, it stores things. In our case, it stores code, libraries, configuration files, etc. Containers are safe and scalable, when talking about software development, and quite easy to use. To work with it properly, to develop and launch applications, one will require special software. This soft allows operating-system-level virtualization. Otherwise known as containerization. Docker is one of the most popular tools for it.

Pushing further the analogy with a glass package, let’s dig into a Docker container essence:

Docker Container as a Program

A Docker container may also appear as a program or, to be exact, as a set of instructions managing parts of app mechanisms. In such a manner, a particular program operates within a container, allowing for sending pieces of pages content you are surfing right now or decoding your commands in order to use them in another Docker.

What is more, it allows for running several containers at once using a single Docker. No mess up with masses of programs. Anyway, you can make your Docker list containers that you have. Likewise you can even make your Docker remove all containers. Like any other program, it supports all the basic functions and commands.

Two the most basic things you come across when using Docker are Image and Container. If a container appears to be more or less clear, an image needs some explanation. In general, a Docker image is a set of layers that serve for code execution in a Docker container. In other words, it is a template for running your containers. With it you can have a number of them based on a single image.

An image comprises a Docker file, system libraries, dependencies, tools, and settings. These building blocks are important for running Docker itself. It is based on the OS kernel and most often it is Linux or Windows. Along with a Docker Windows container, you can have a Docker image for any OS as well.

To use a container, it is good to create it at first. Let’s have another analogy for better understanding. All in all, the process of making a container somehow reminds of a layer cake. So we will use this idea and see “container baking” from the inside.

Here are the Steps and Main Points of Creating a Container:

So, the preparation phase is over. Now it is time to bake.

It takes time and effort to create a container. But ultimately you will get a tool for easier work with applications. Additionally, it will bring a great possibility to develop them in isolation from the system.

DevOps
Why You Should Hire DevOps Engineers for Your Project

DevOps has proven to be one of the most efficient and feasible ap...

DevOps
DevOps Transformation: How Can It be Managed?

This article explains how you can start implementing DevOps pract... 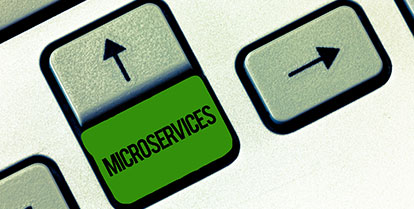 Monolithic apps seem to lose their popularity in contrast to micr...

DevOps is a methodology that helps to establish interaction betwe...

When forming the best eCommerce team structure, it is necessary t...